Eight schools in Zamdela, Free State, were the lucky winners of the Cashbuild Art-at-Heart competition. The schools each received a Cashbuild building material voucher to the value of R15ï¿½000. The vouchers were handed out at the opening ceremony of the newly refurbished Cashbuild Zamdela store on the 21 st of February 2019. Plans for new classrooms, kitchens and grounds maintenance are on the planning list for these schools.

Malakabeng Primary School's principal, Ms Kganakga is so excited to finally be able to do some much needed renovations at her school: "We will start with replacing some doors of the classrooms as well as tile the area where the foundation kids assemble as currently it is dusty and muddy and not pleasant for the learners." She went on to say how happy her school is and that all the thanks is to Cashbuild.

Ms TS Mukatoni, the principal of Lehutso Primary School, will be using the Cashbuild voucher to buy materials to be able to erect two new access points for the learners: "At the moment, there is only one gate, which is on a main road and is not safe for the children to cross. The two new entry and exit points that will be erected will be on quieter and safer roads."

At the opening ceremony of the newly refurbished Cashbuild Zamdela store which took place on the 21 st of February 2019, when the building material vouchers totaling R120 000 were handed out to the eight winning schools, the children entertained everyone with singing, cultural dancing and theatrical performances.

The Cashbuild Art-at-Heart competition entails learners from each school to submit their best artwork to Cashbuild. This artwork is displayed at the ceremony, and remains on display in the Cashbuild store for the next six years.

Artwork was judged and three winners from each school were named. Winners received Cashbuild Art-at-Heart gold, silver and bronze certificates for first, second and third place respectively. The Manager's Choice was awarded to a learner from Kopanelang Thuto Primary School who was the overall winner of the artwork competition. This award was announced on the day and the winning learner received a stationery pack and a glass trophy. The winner was also given the honour of officially opening the refurbished store.

The schools that benefitted from the Cashbuild Art-at-Heart donations were:

Since the Art-at-Heart campaign was launched 18 years ago, Cashbuild has helped more than 3 200 schools in Southern Africa with over R40-million worth of building materials. Cashbuild is BEE compliant and every time a store is opened, relocated or refurbished, Cashbuild not only makes donations to local schools, but also creates jobs for community members.

The Art-at-Heart competition is a southern African Cashbuild initiative whereby donations are made to some of the region's most needy schools. 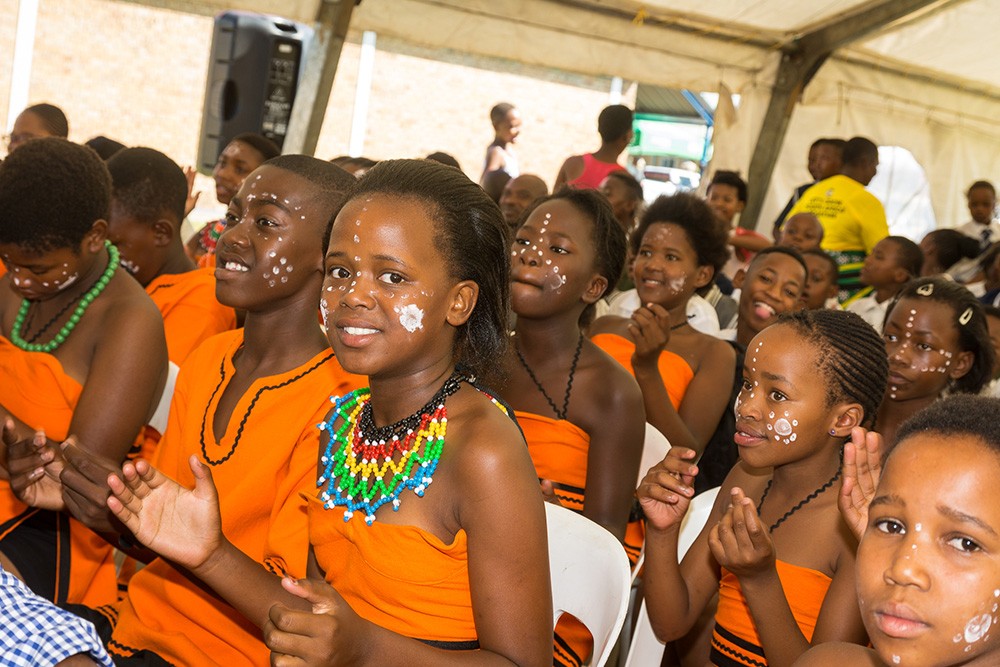 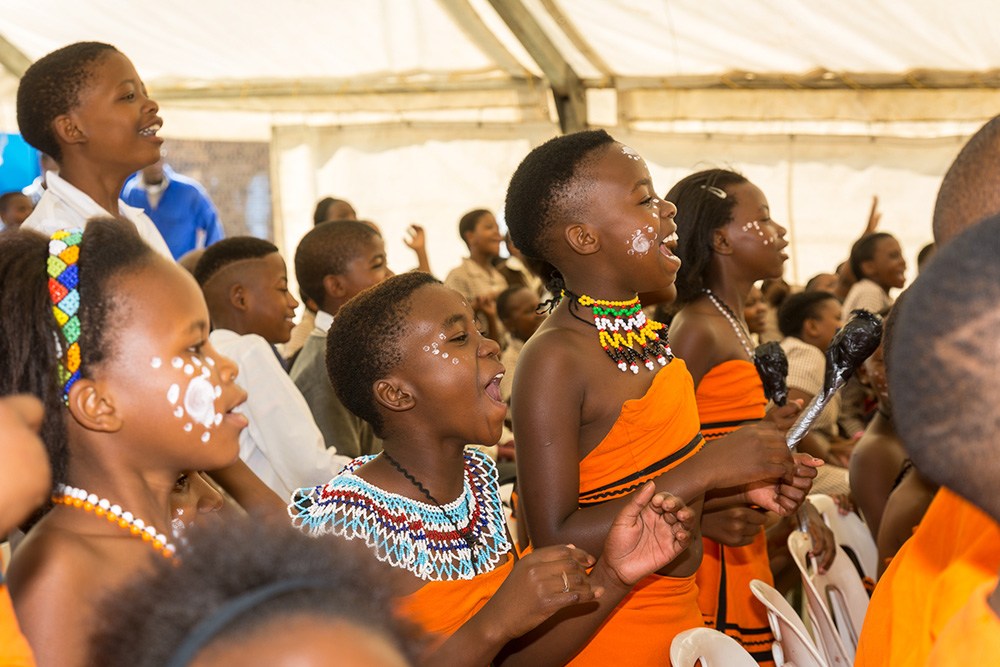 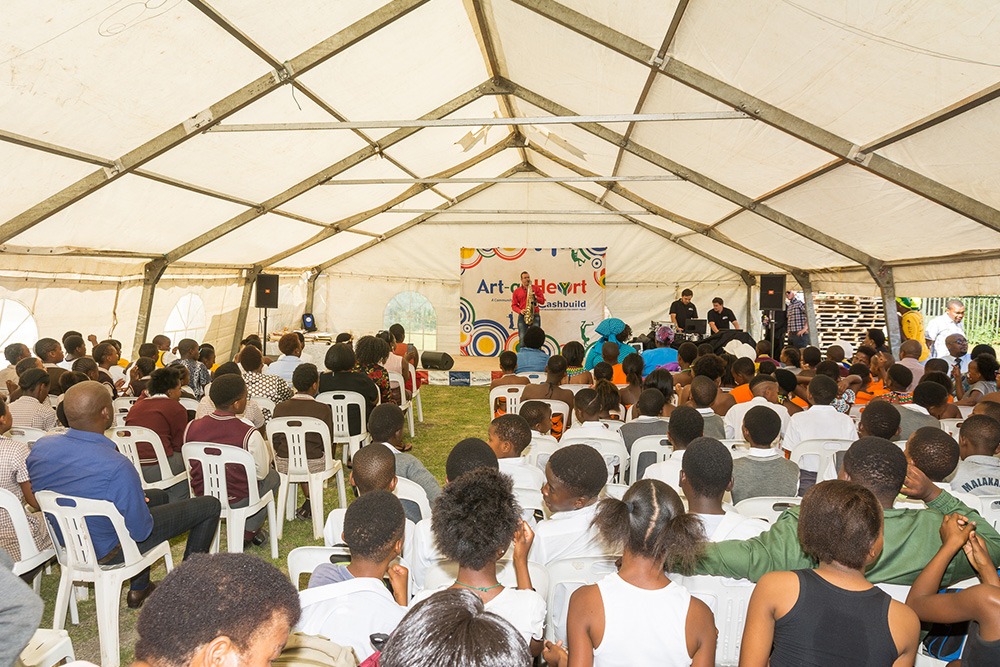 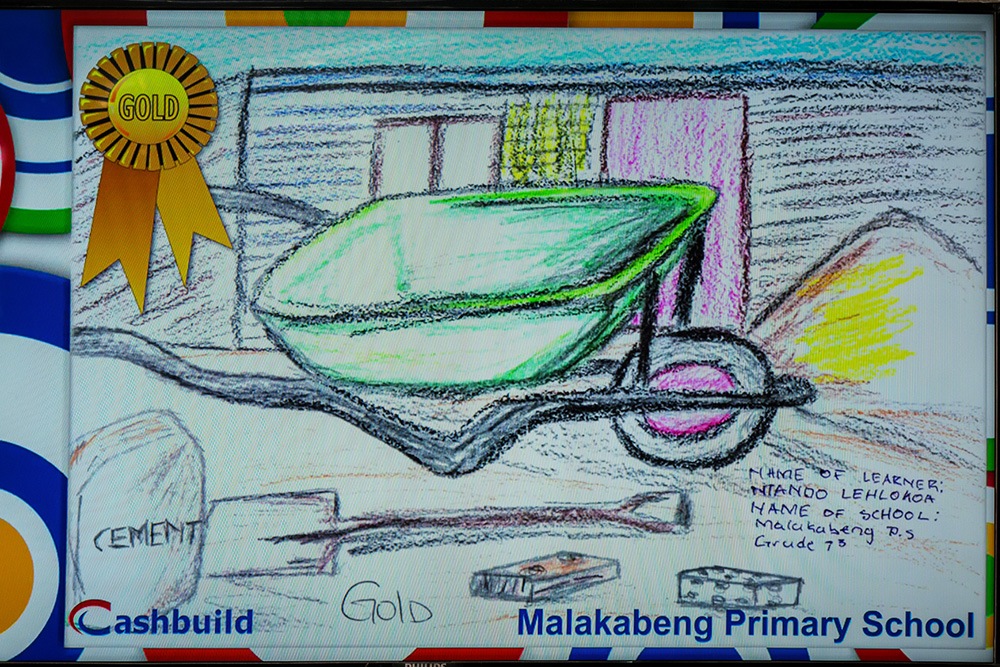 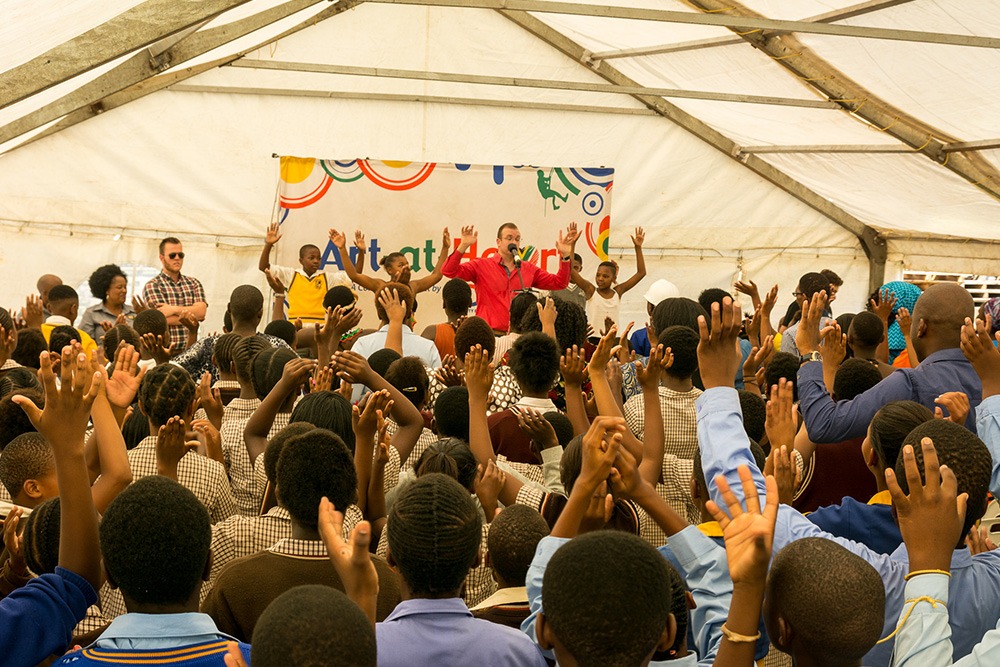 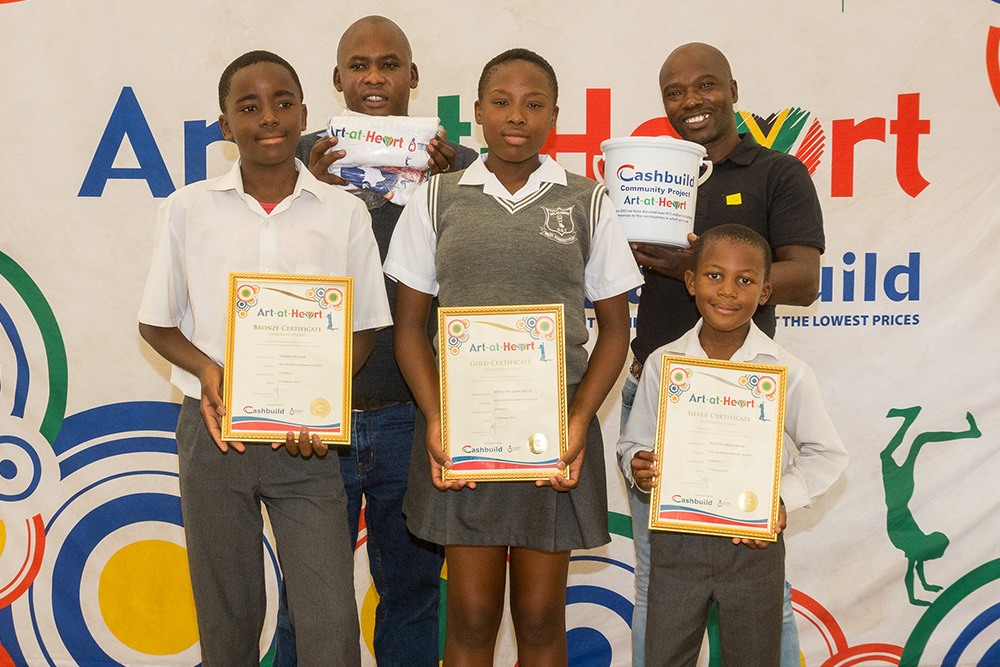 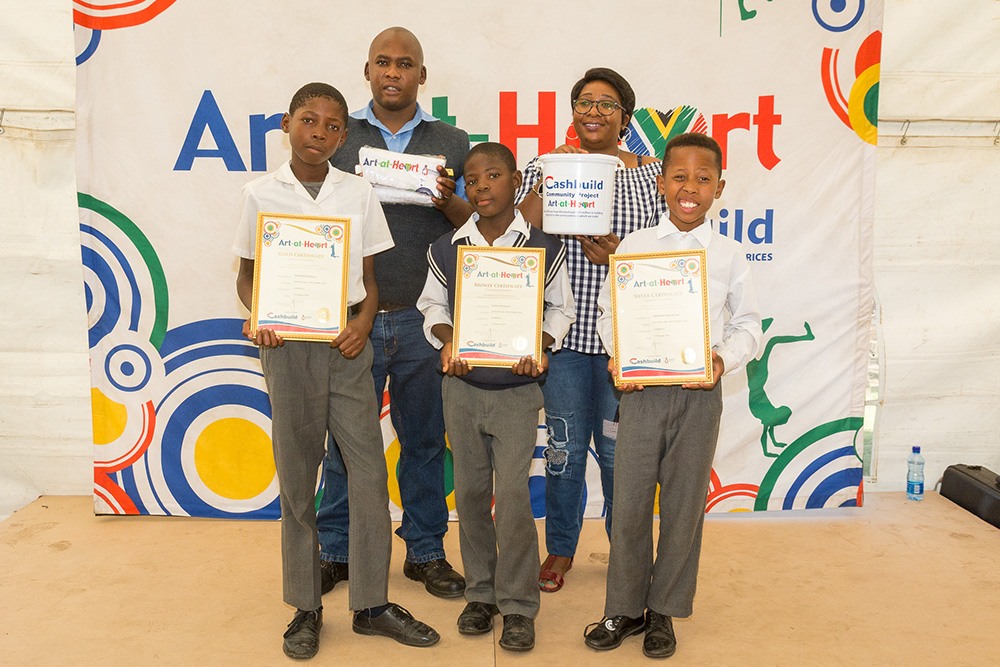 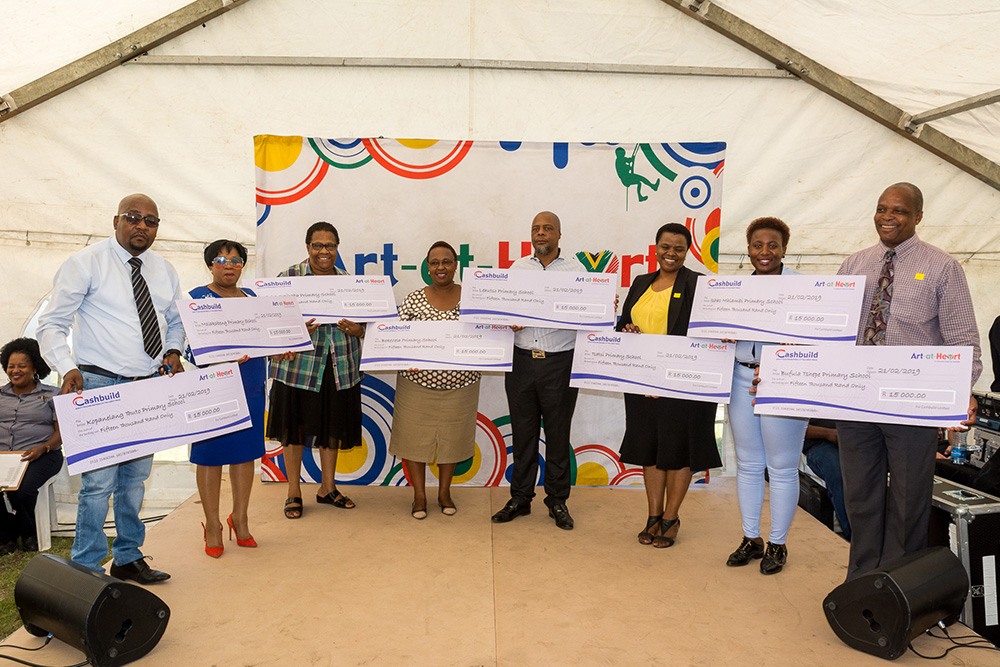 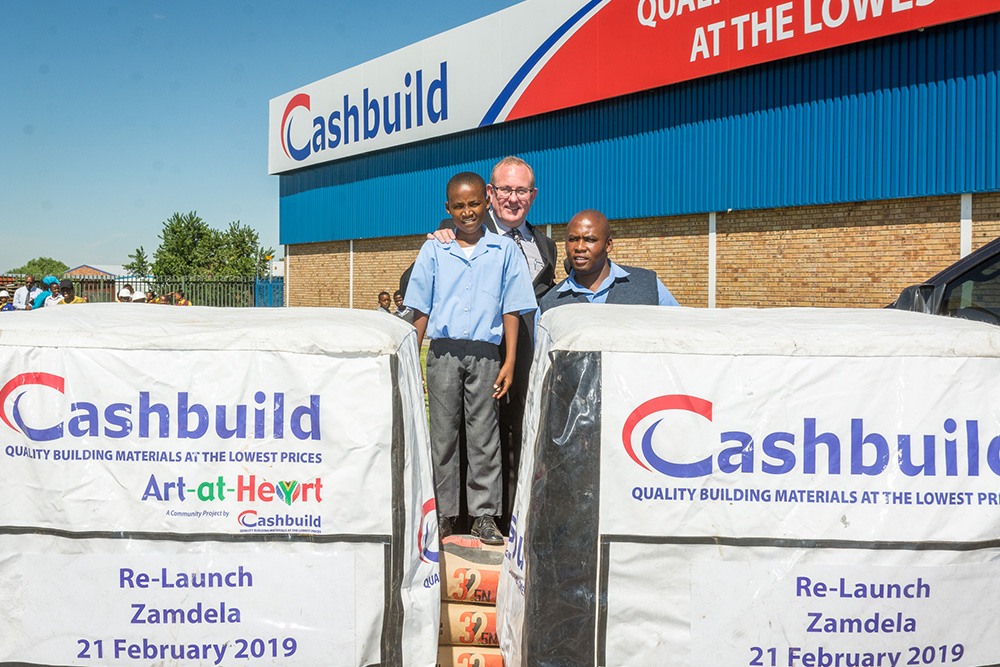 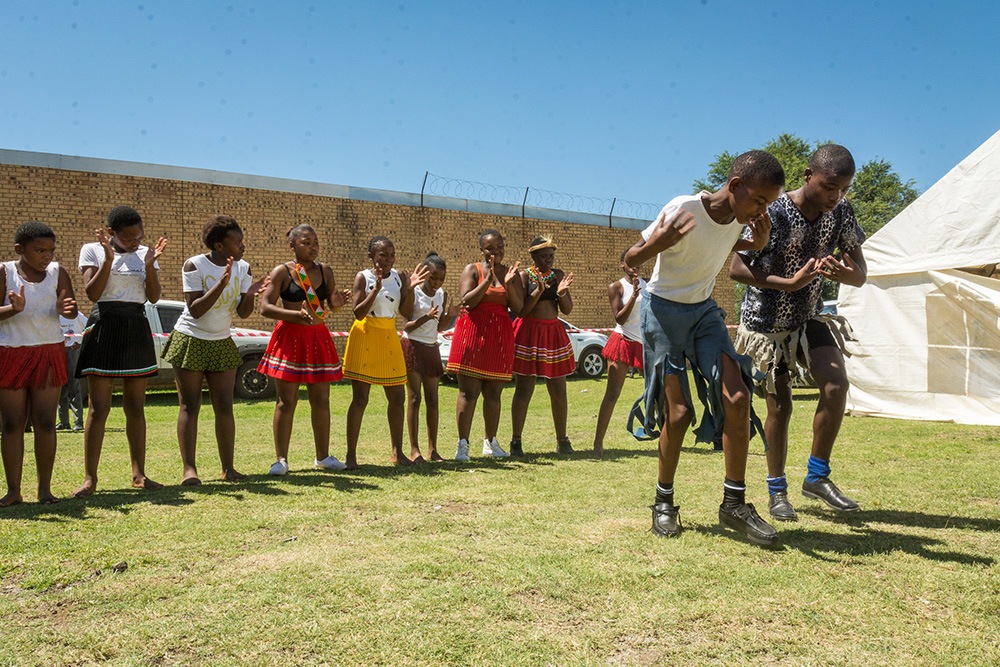 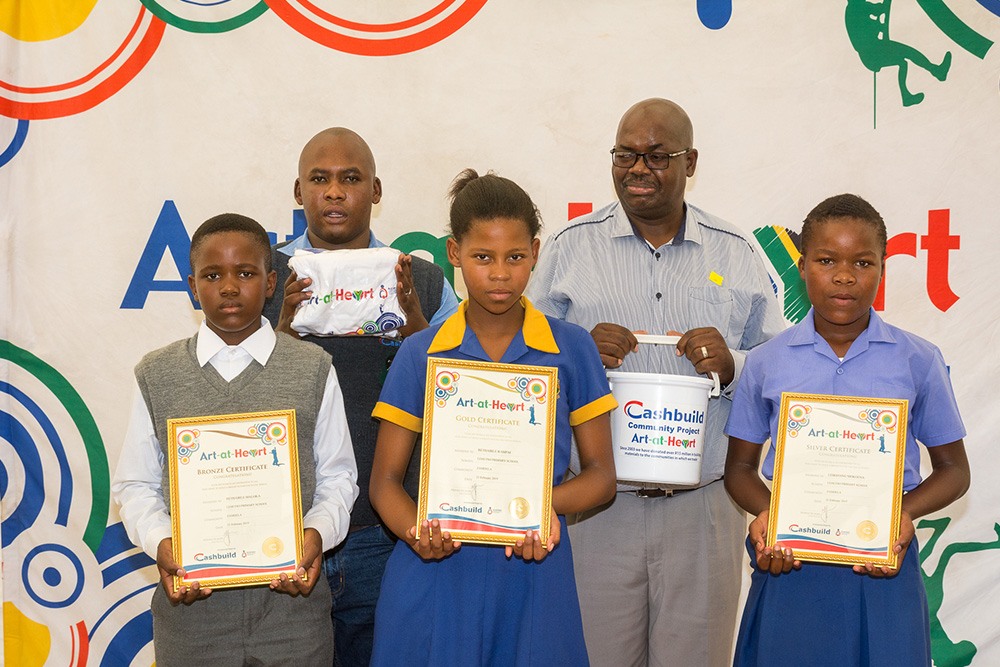 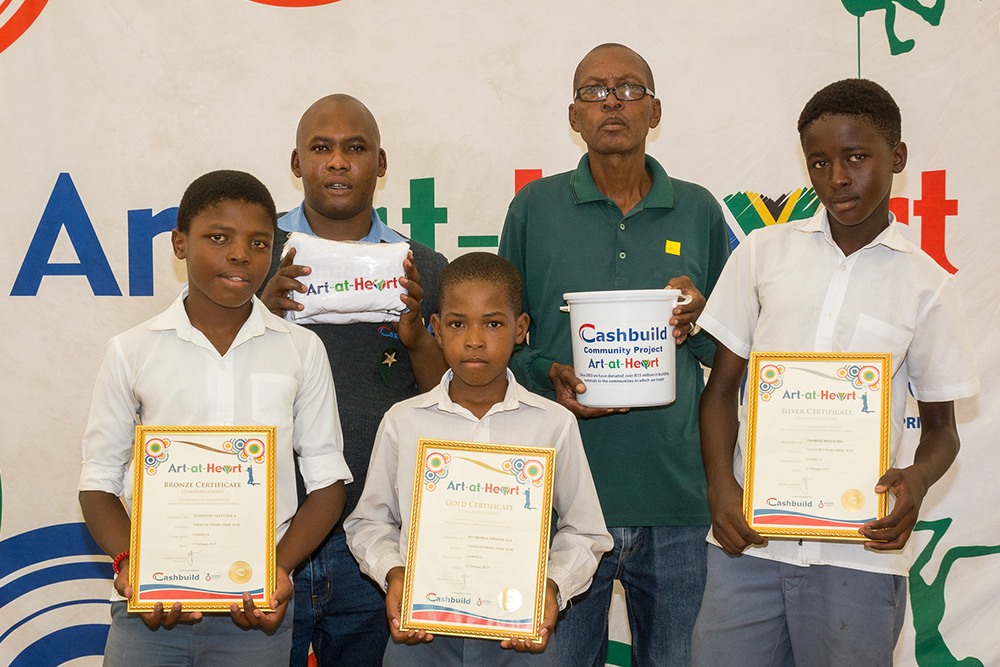 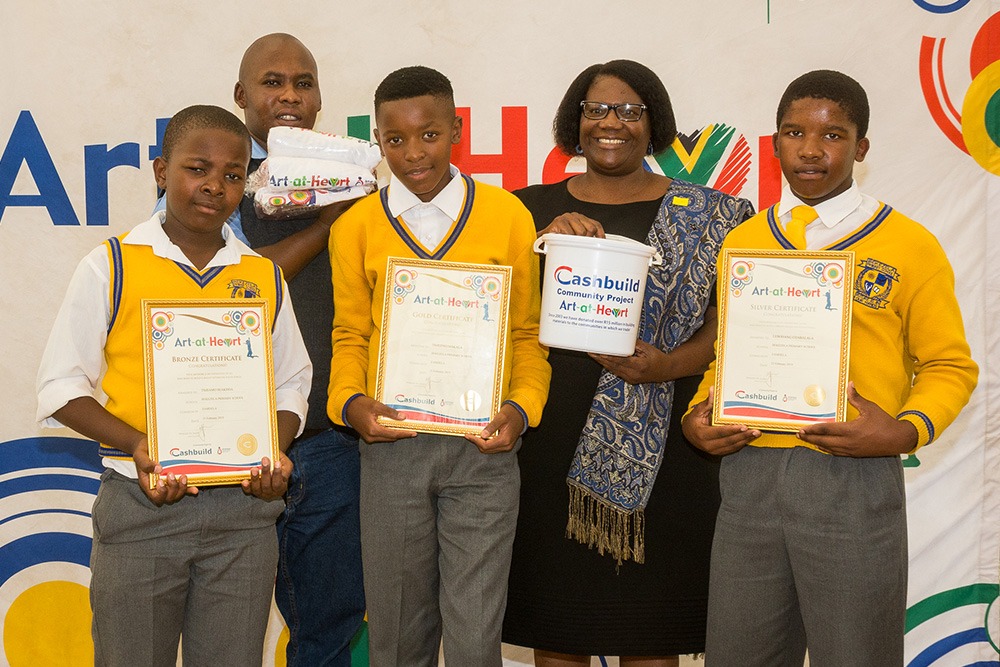 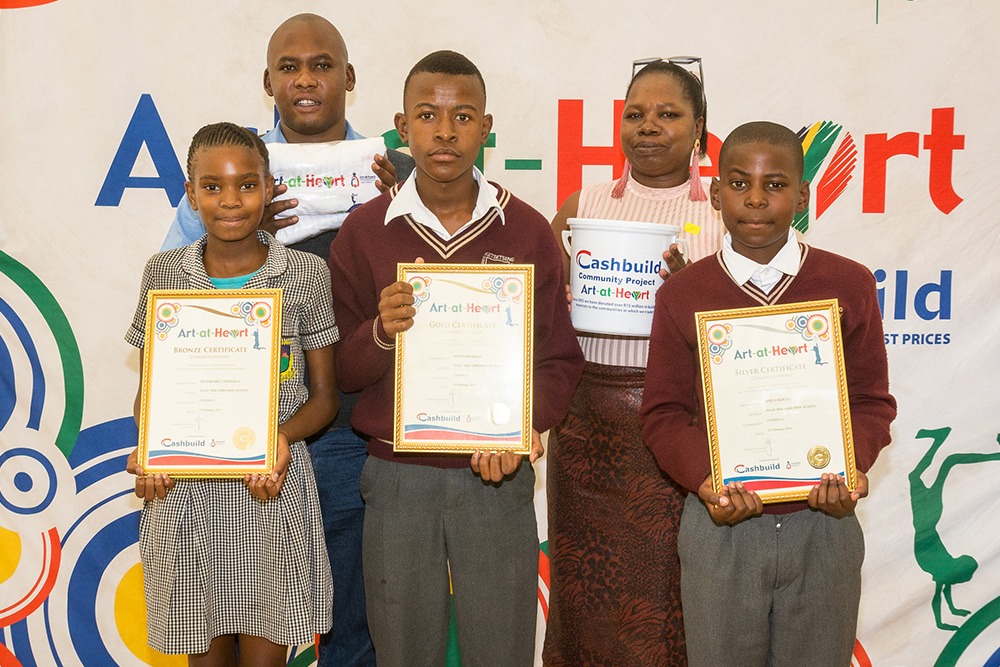 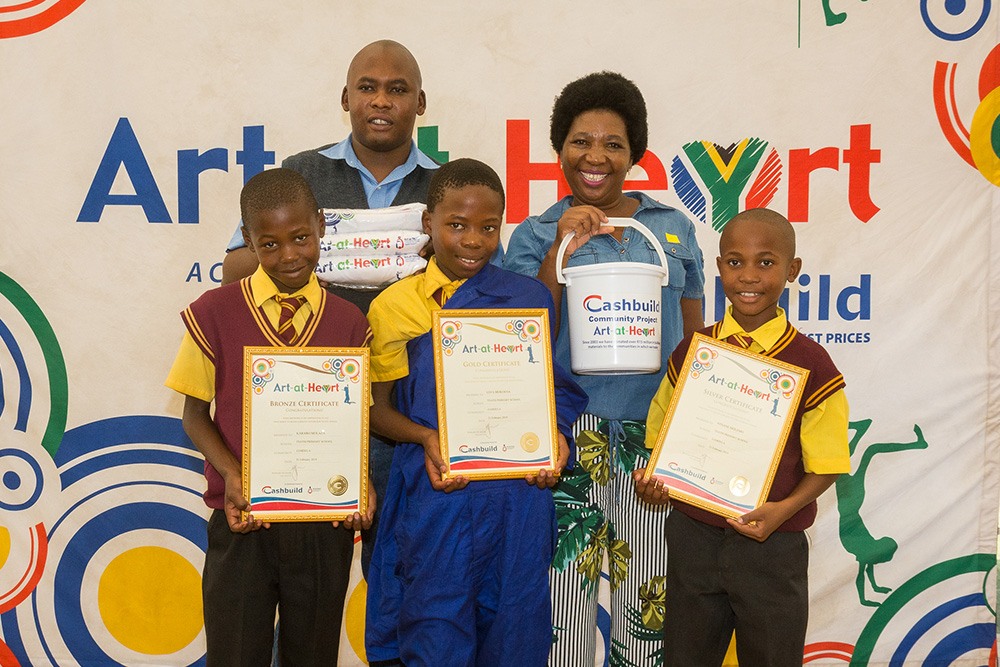 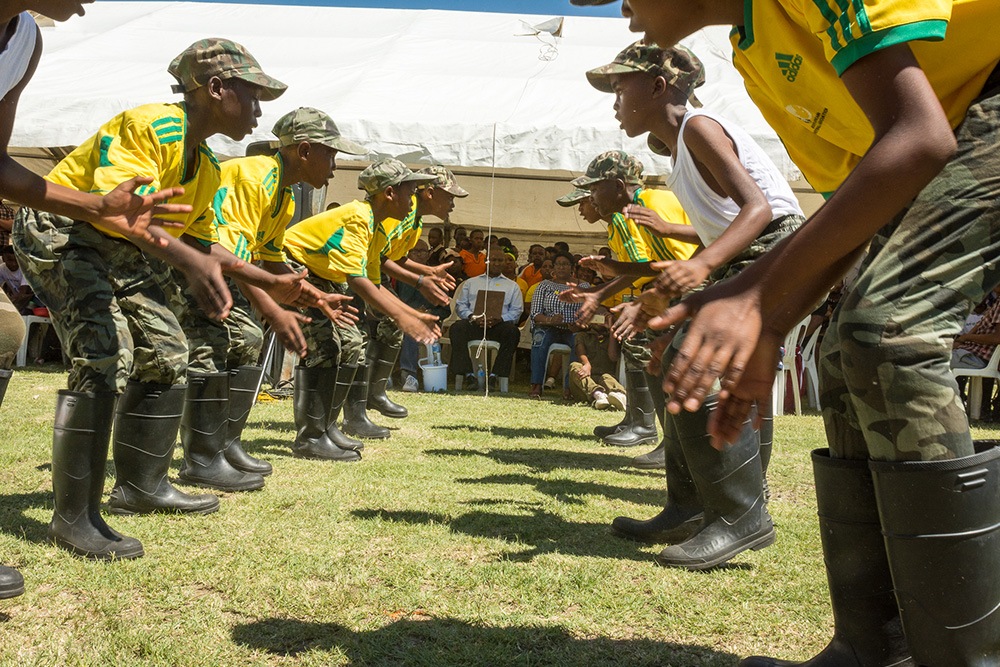 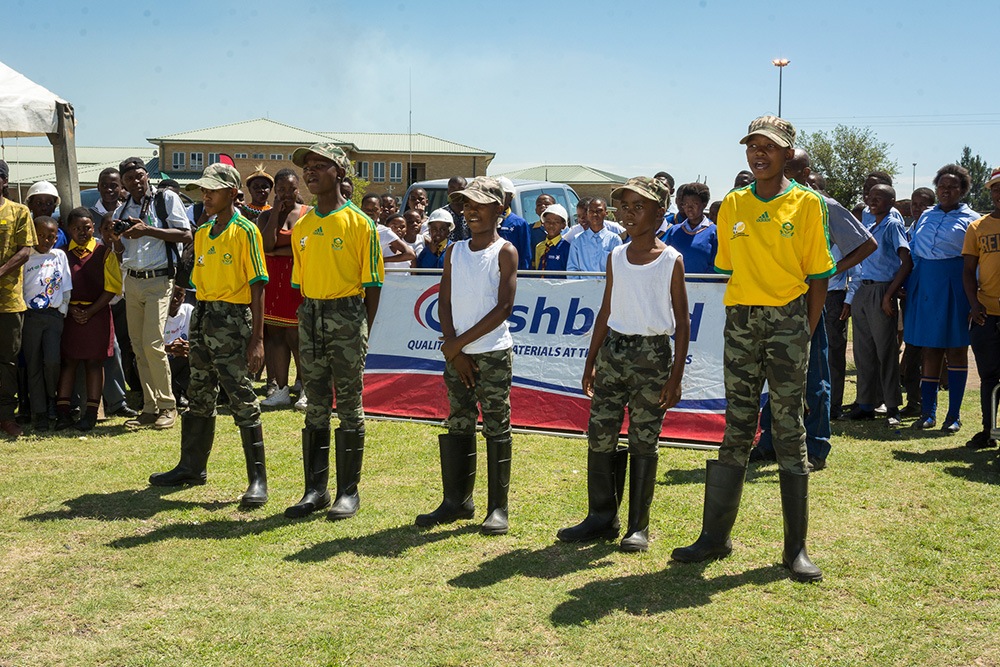 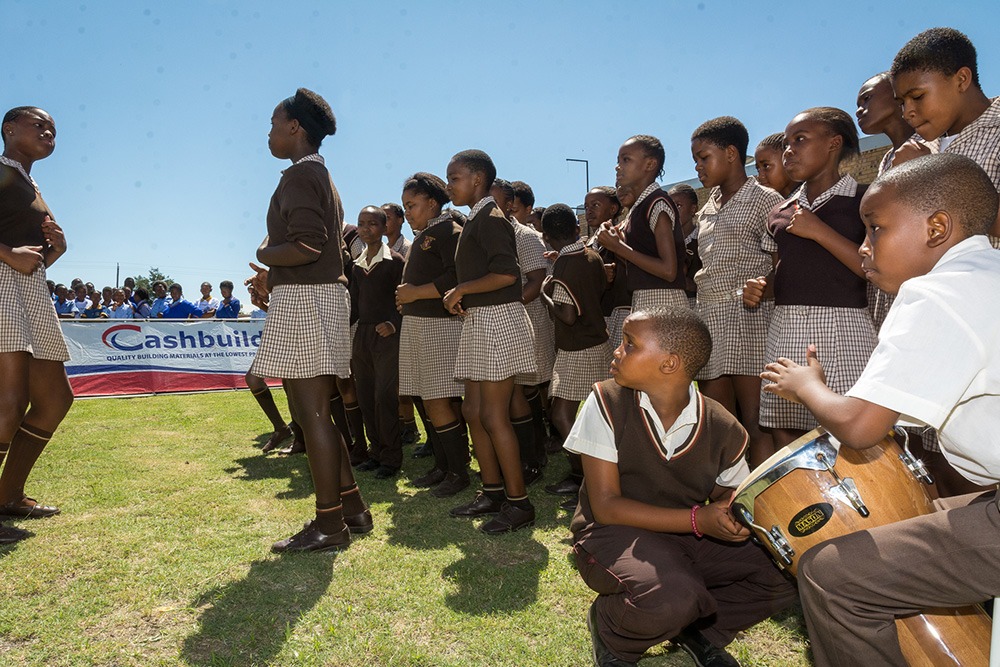 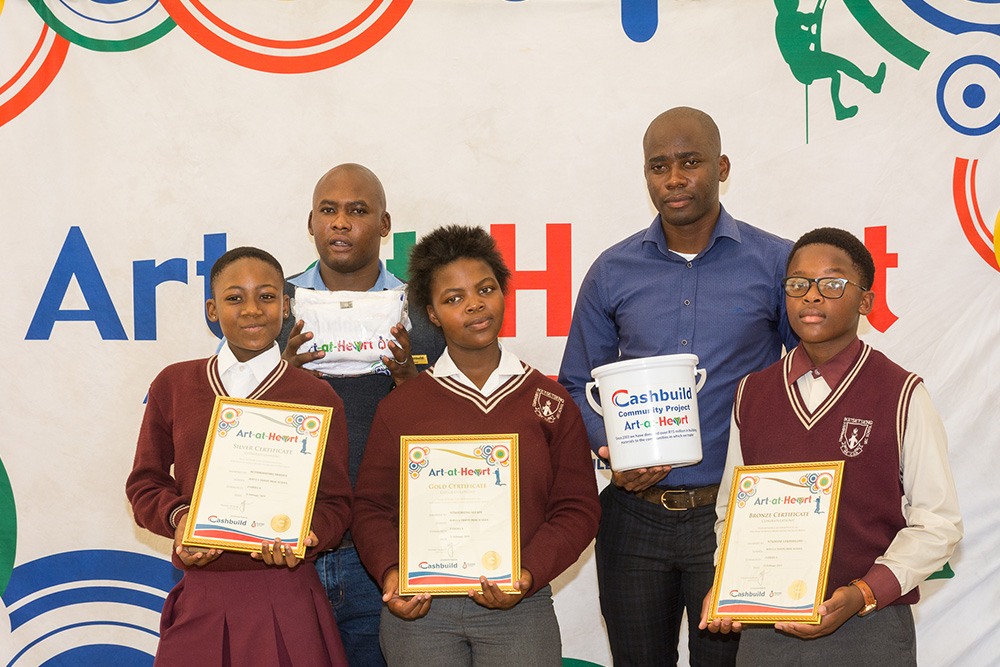 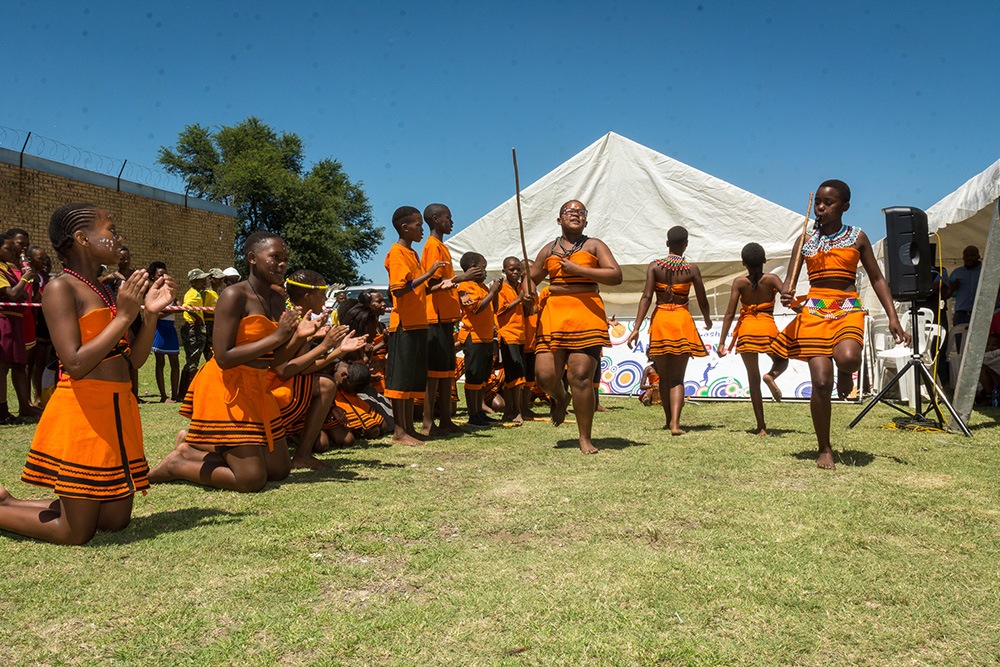 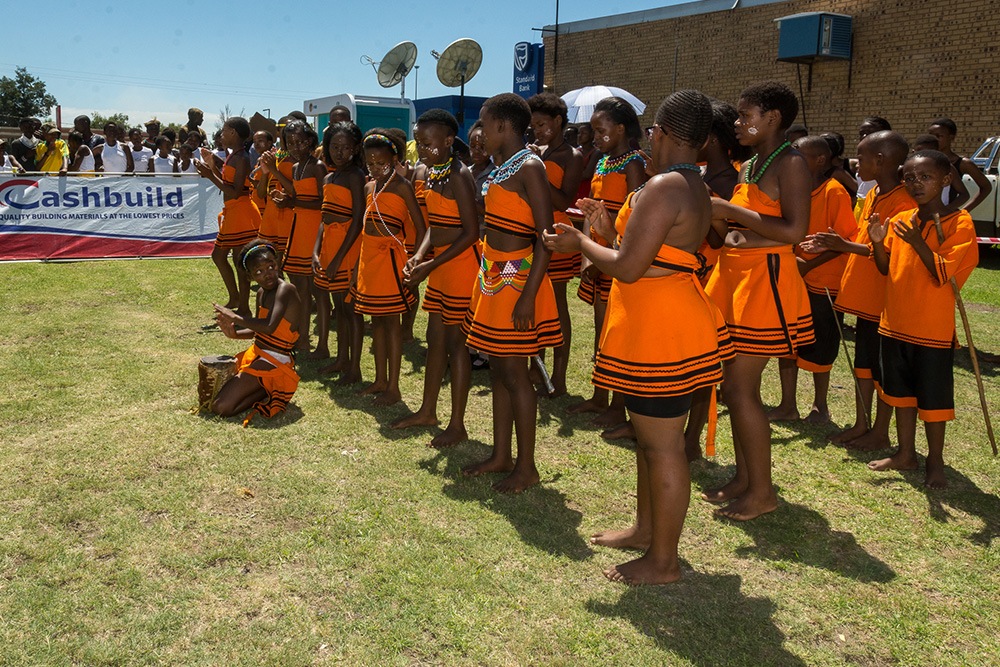 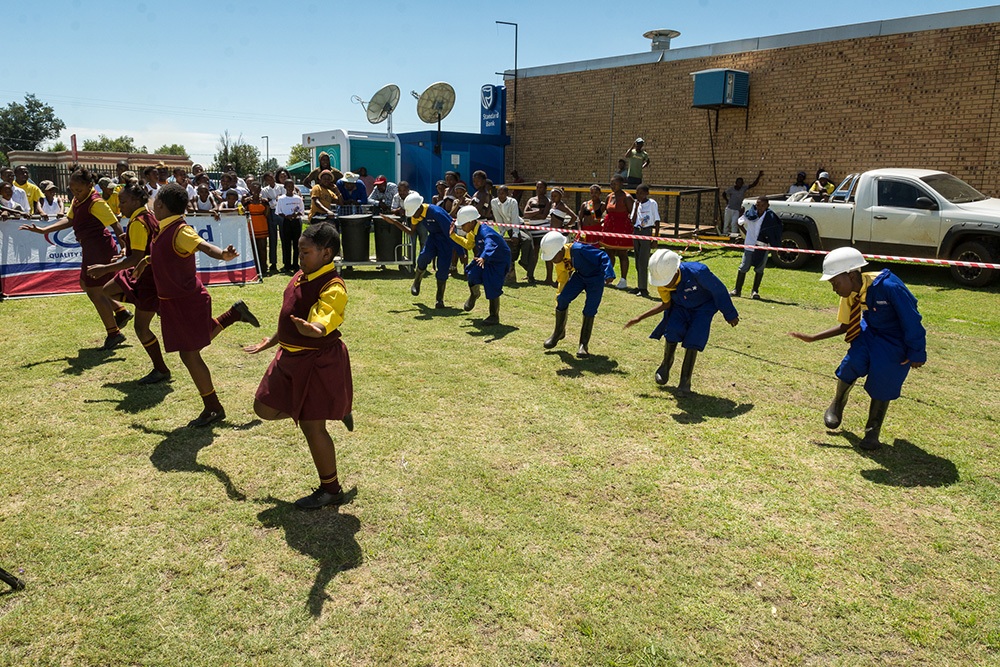 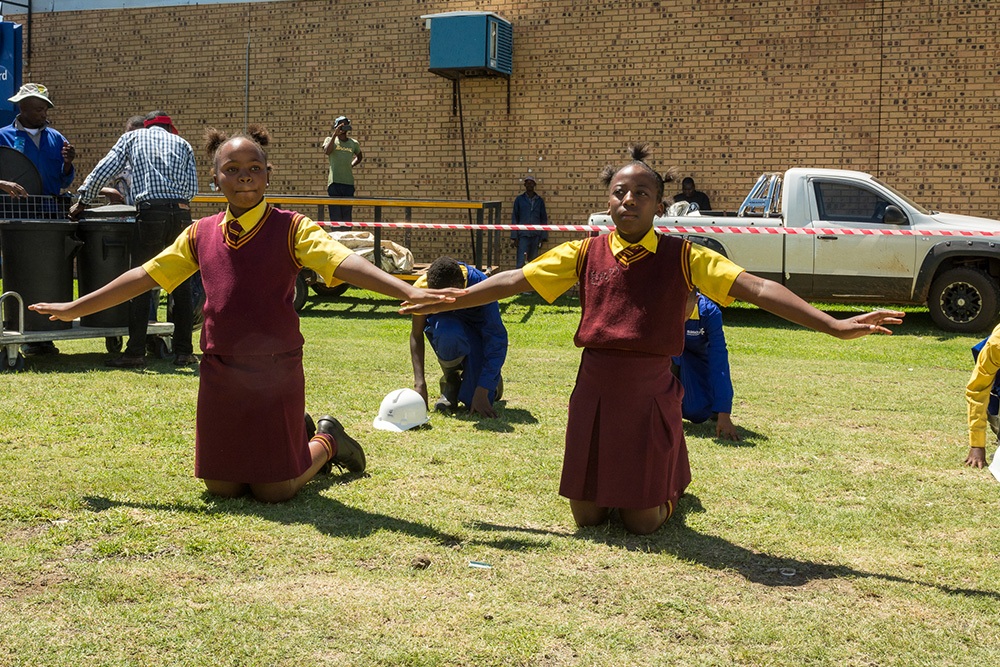 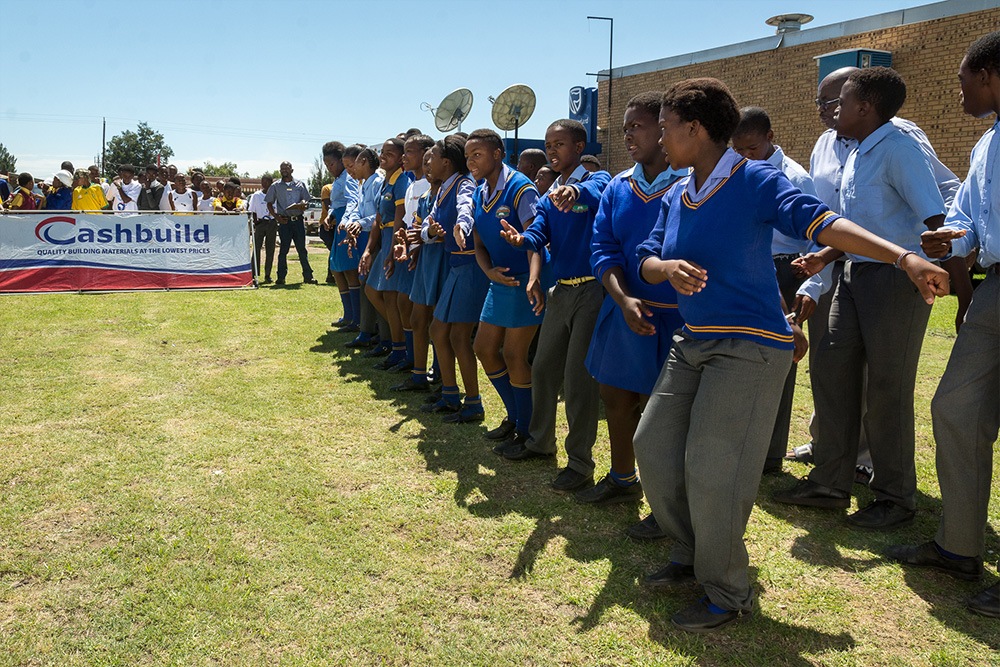 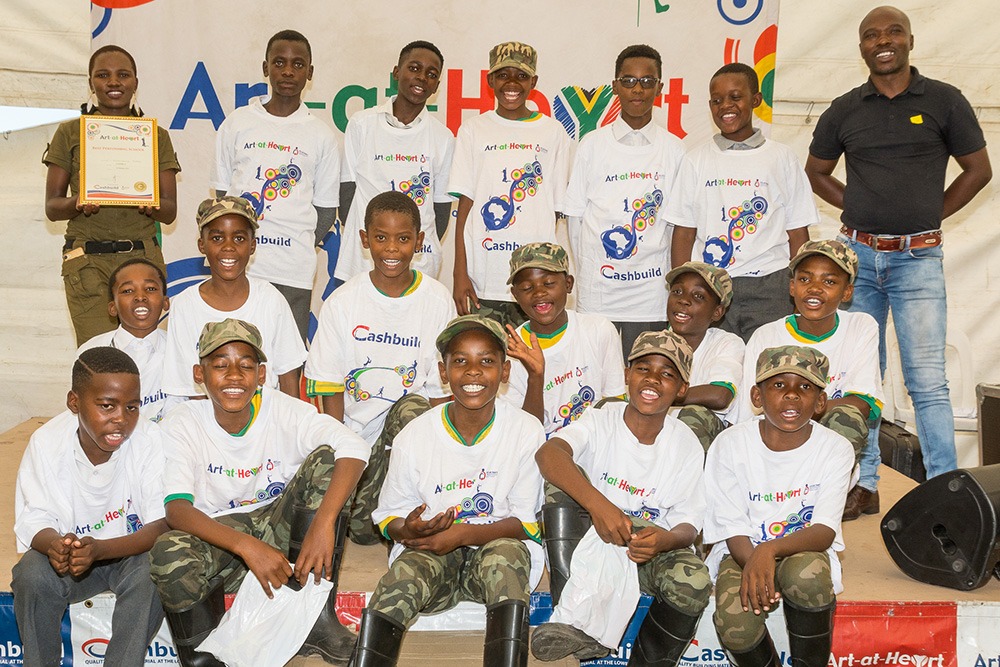 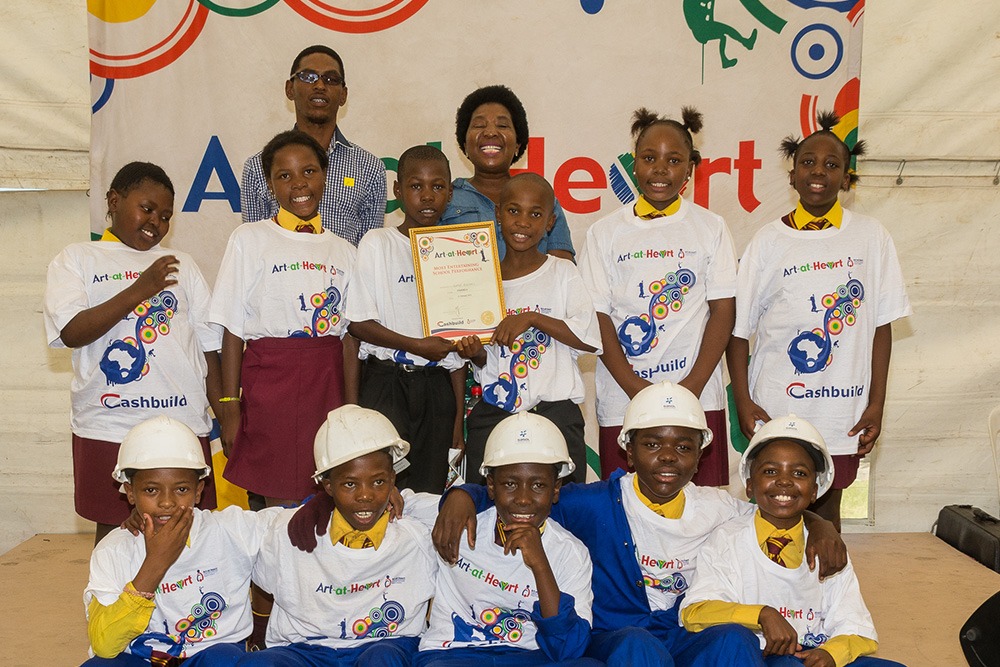 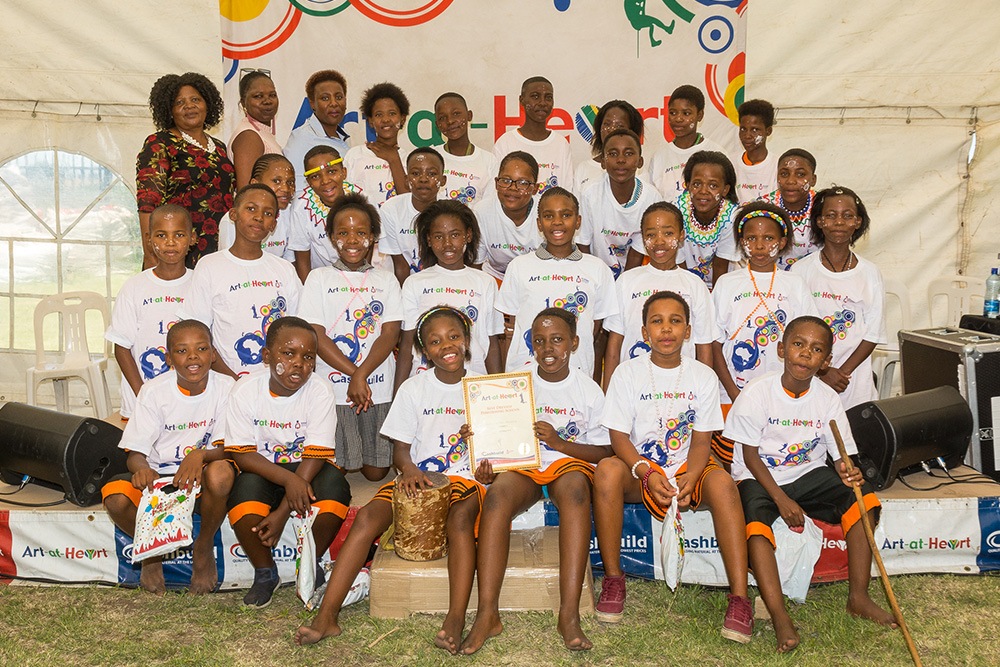 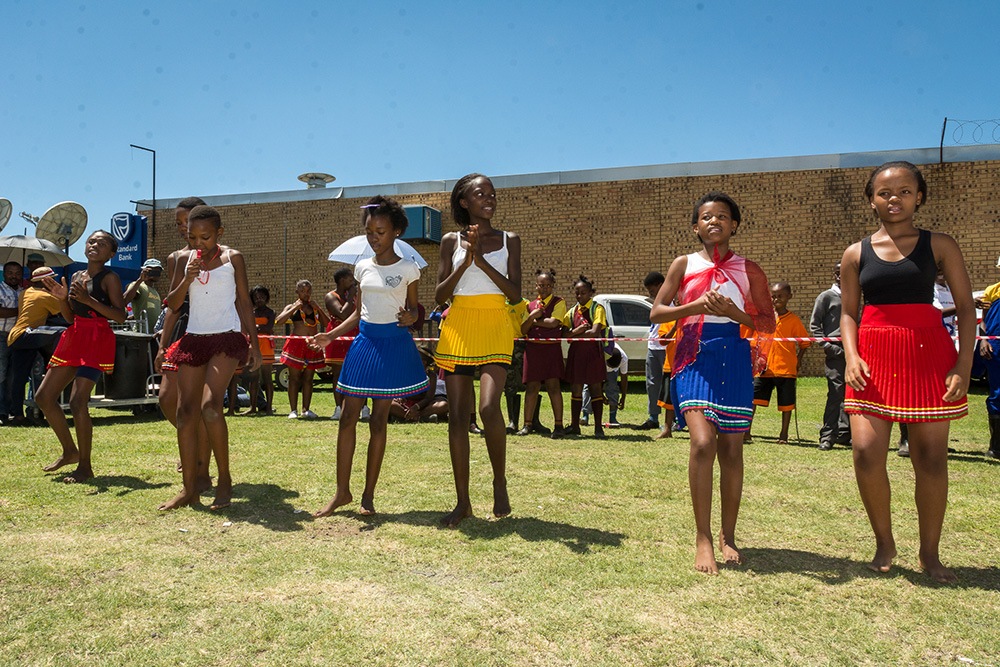 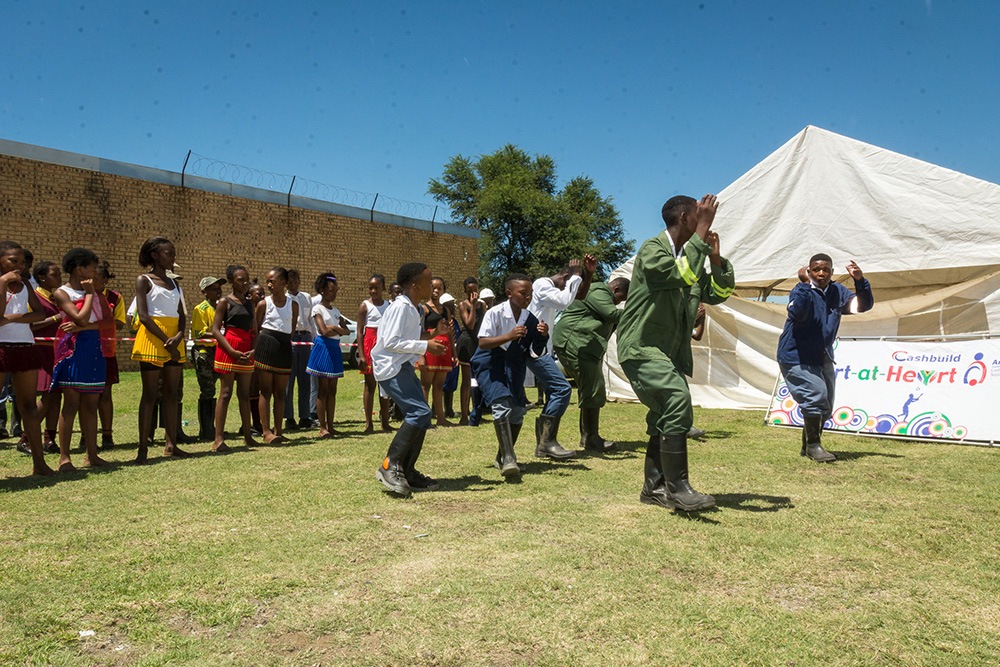 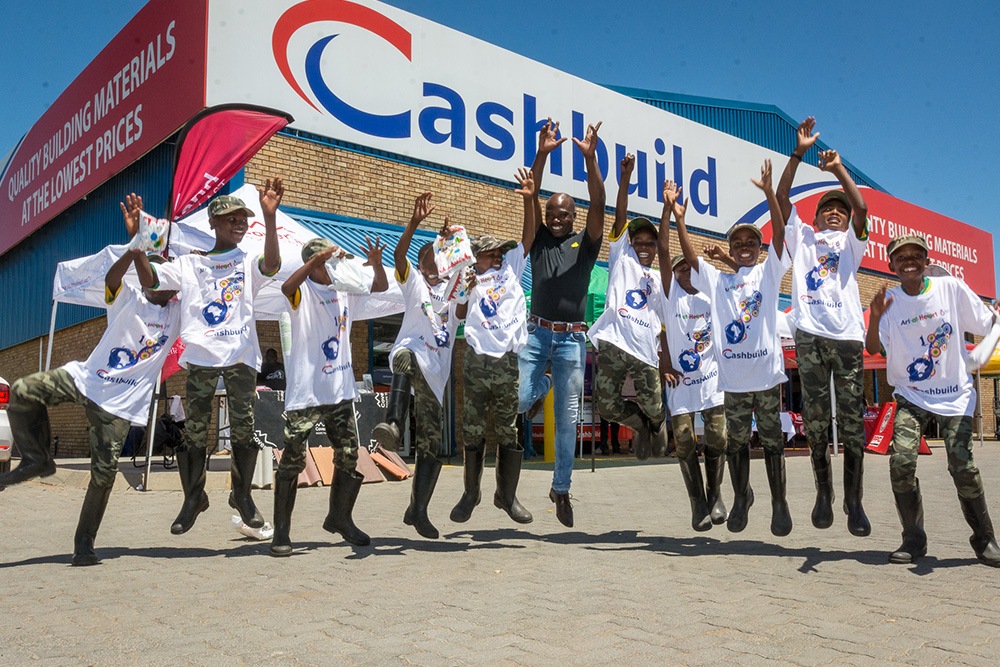